By using our website, you agree to the usage of cookies to help us make this website better. Hide this message More on cookies »
Cart(0 Products)
No products found
Home Our Brands Vita Coco
BackBack
Back 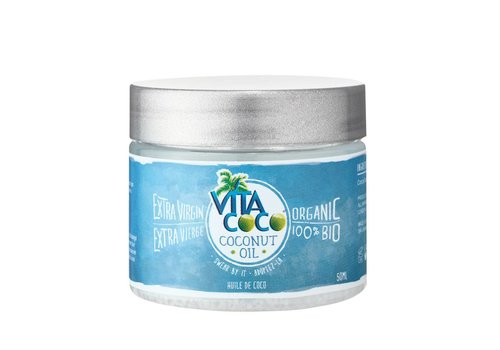 Vita Coco in your kitchen or in the bathroom?

A transformation for your hair, skin and lips

Coconut oil from Vita Coco is intensely nourishing for your hair and skin. The 100% organic cold-pressed, unrefined coconut oil is completely natural and therefore very good for you. Fluff hair, dry skin or rough lips are transformed and you will not recognize them anymore!

Starting from an evening out to start your own business

Mike Kirban and Ira Liran know that a normal night out can be much more than just a fun night. In 2003 the friends met two ladies from Brazil. And there, Ira was so impressed that he later took the plane to Brazil. But once in Brazil, Ira not only found the ladies interesting, he also discovered 'agua de coco'. Now that Ira Mike had already given two reasons that he really needed to see in Brazil, he also came by. Not much later, Ira and Mike talked about bringing coconut water to the United States and the plans became more and more serious. Vita Coco is born!

Everyone is a fan! Vita Coco is a great success

The very first coconut water from Vita Coco was produced and released in Brazil but soon followed the United States. And the coconut water became super popular! Because not only 'ordinary' people bought Vita Coco, even stars like Madonna and Rihanna are fans. The two friends could not have wished for a bigger or more successful breakthrough.

The great coconuts from Vita Coco

But if coconut water is such a great success, it should not stay there! Coconuts can do much more. Vita Coco produced various types of coconut water (even with jab!), Coconut milk in different flavors and Boozyshop her new favorite, coconut oil. Vita Coco her coconuts are on the way to conquer the world!

Be the first to receive the latest arrivals, trends and promotions!

We would love to help you!

Chat online with our experts